Suicide is the leading cause of death in U.S. jails, with rates of 50 deaths for every 100,000 inmates in 2014 (the most recent year for which the government has released data). That rate is 2½ times the rate of suicides in prisons, and about 3½ times that of the general public. Jail suicides result in significant litigation and costs. These headlines from 2019 exemplify the issue:

• In March 2019, Kern County, California agreed to pay $2 million to settle a lawsuit brought by the parents and estate of a man who committed suicide at the county’s jail. The suit alleged jail staff ignored obvious signs of his mental instability and self-harm behavior at intake.

• Christian County, Illinois has settled a lawsuit for more than a half-million dollars in a case filed by the family of a man who committed suicide in the county jail.

• A federal jury awarded $301,000 in a wrongful death claim filed against St. Clair County, Illinois. The complaint accused the jail of not having proper procedures in place nor adequate training for guards to treat and care for mentally ill prisoners.

• The state of Washington has agreed to pay $500,000 to settle a lawsuit brought by the family of a 29-year-old man who died by suicide in an isolation cell at the Airway Heights Correctional Facility near Spokane.

• The family of a woman who killed herself while she was incarcerated in the Whatcom County Jail settled a wrongful death lawsuit against Whatcom County for $350,000.

• Lake County, California reached a $2 million settlement in federal lawsuit over a jail suicide. The inmate began to experience hallucinations and became increasingly agitated and psychotic, which was documented shortly before being found unresponsive. Facility medical failed to perform a medical examination, obtain vitals or contact a medical doctor as required, and corrections officers failed to enter the cell to make the required direct visual observation of the inmate.

• A federal lawsuit following the death of an inmate in Carter County, Oklahoma has been settled for $3.2 million. 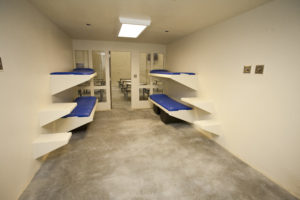 Jails are full of challenges. As a society, we have decided to warehouse the mentally ill in jails, a trend that started after state psychiatric hospitals began closing in the 1970’s, and no viable alternatives emerged. Add to the mix those who are addicted to opioids or meth, many of whom also wrestle with depression and withdrawal, a situation for which most jails are ill equipped or trained to handle.

The first week of an inmate’s incarceration is critical. More than half of the suicides or attempts occur within the first seven days, and many are within the first 48-hours. The incarceration can be marked by the sudden stress of confinement, worry about losing jobs, family and friend reactions, and an uncertain future. New arrestees can be in a state of crisis.
Jails form a perfect storm for suicide: a vulnerable population, a risky setting, and all of the stressors that come along with initial incarceration, including shame of having been incarcerated, and fear of the unknown.

It is critical to have a solid plan in place to manage these challenges. Managing the risk takes a multi-faceted approach, involving medical, mental health professionals, and jail leadership. The plan should encompass comprehensive training on mental health, substance abuse, and suicide prevention, supported by sound policies and procedures. This not only can save lives, but can also reduce the daily stress faced by staff.

Many jails have been sued or investigated in recent years for allegations of refusing inmate medication, ignoring cries for help, and failing to properly monitor the inmate despite warning signs that the inmate may harm themselves. There have also been cases where inmates have been given razors, despite clear warning signs that they might harm themselves. Callousness or poor judgement can turn deadly. About a third of jail inmates who attempted or committed suicide did so after staff allegedly failed to provide necessary care to manage mental illness. Many inmates were not checked regularly because of staff shortage or inadequate training. This callousness can be costly:

• The family of a man who died of profound dehydration inside the jail has settled for $6.75 million with Milwaukee county and a health care company.

• In Columbia, SC, the family of a mentally troubled inmate who hanged himself in the Lancaster County jail settled for $507,500. Although the isolated cell was under video surveillance, one officer went to sleep at a desk, and the supervisor ignored the employee’s sleeping on the job, left work for an hour without permission, and failed to make sure officers were checking on inmates.

While not every suicide can be prevented, there are certain groups of inmates who pose a more significant risk. Pretrial inmates who have not yet gone to trial or been sentenced, who don’t know what will happen to them and have a lot of questions are at greater risk. Mentally ill inmates who may be psychotic or depressed are at greater risk. Smaller jails have higher suicide rates. The rate is five times higher in jails holding less than 50 inmates and these suicides account for 14 percent of jail suicides. Most suicides happen in a private setting. Single celled inmates are at greater risk and this is a really important risk factor because it’s one that jails can exercise a lot of control over.

There are some risk management techniques that are simple and inexpensive to implement. Asking proper suicide assessment questions at intake and upon inmate classification will often reveal surprising information. We know that inmates frequently used clothing, bedsheets, or shower curtains to hang themselves. To reduce or eliminate this threat, use suicide prevention gowns and blankets, break away shower rods and security shower curtains when there is a known or suspected risk. Conduct a security survey of the jail cell, looking for any potential tie off point, which can then be mitigated. Supervisors need to ensure staff are conducting rounds as they should be, and hold staff accountable for their actions (or lack of action).

Sheriffs’ frequently complain they don’t have enough money to hire mental health workers, train staff, and make needed improvements to enhance inmate monitoring, but the alternatives can be even more costly. There are grant opportunities available for training and equipment. Ignoring the problem is not the answer, that will simply compound the problem (and awards). We will work with you to develop realistic training, effective policies and procedures that meet current standards that work with your staff and facility. Give us a call and let us help reduce your liability. 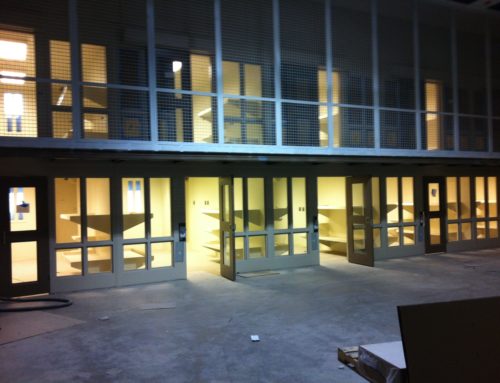 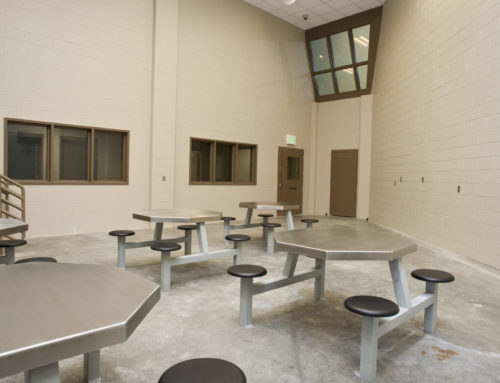 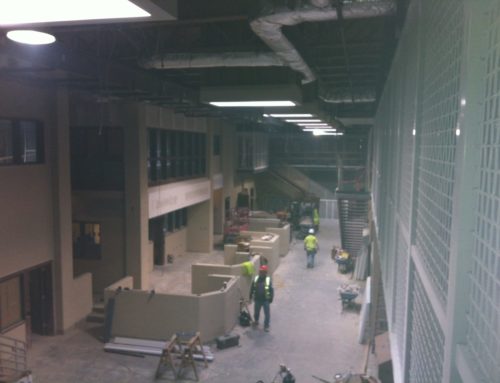