Each year, municipalities spend millions and millions of dollars fighting and settling lawsuits involving alleged misconduct, injuries, and a range of other legal challenges. Some of these headlines from 2019 exemplify the issue:

· A San Diego Superior Court jury has awarded more than $12 million to a man who suffered irreparable brain damage after sheriff’s deputies arrested him on suspicion of public drunkenness and interrupted paramedics who were treating him. Hours passed before he received medical attention, but by then the damage was done.

· Montgomery County and its insurers will pay $3.5 million to the family of a man who died in 2012 while handcuffed face down in the county jail, topping $4.5 million for jail lawsuits settled since 2017. The plaintiff suffered a seizure and corrections officers and medical personnel put him in handcuffs and restrained him face down until realizing 22 minutes later that the plaintiff had died. 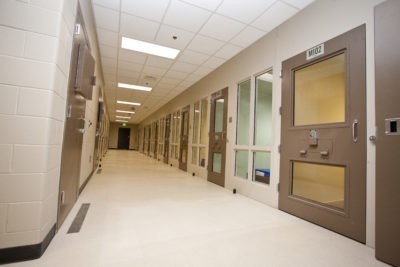 · The County of San Bernardino, California settled a class action federal civil rights lawsuit filed in February 2016, which alleged they had failed to provide minimally adequate medical, dental and mental health care to prisoners in the county’s jail system, and had failed to prevent unnecessary and excessive uses of force against inmates.

Hundreds of millions of dollars are spent each year settling cases. The City of Chicago paid out more than $85 million to settle police misconduct lawsuits and an additional $28 million to outside lawyers to defend these cases in 2018 alone.

If an inmate dies or is injured while in custody, there will most certainly be litigation. What can be done to help protect yourself or your agency from risk and litigation?

An agency’s policies and procedures are the rules and guidelines developed and adopted by the agency, and are the framework for guiding staff for all major actions, activities, and decisions. Legal rulings are constantly in a state of change. New issues are litigated; existing rulings are clarified, or reinterpreted by the courts. It is absolutely critical to have current and comprehensive policies and procedures, based on current law, to help ensure proper actions and to protect yourself and your agency. While “historic best practices” (this is the way we have always done it) may appear to justify some administrative policies, the courts may disagree. Anything less subjects the agency to potential legal risk. An agency must ensure it develops or modifies policies and procedures to stay current with the most recent rulings. A second issue to policies and procedures is training. There needs to be training on the what is expected and why we need to change of the new policy. Staff are much more likely to follow policies and procedures if they also understand the reasons or justification for the new policy or procedure.

This all sounds so simple, but most Jail Administrators do not have the time, experience, or staff resources to devote to policy and procedure development and training. So how do we ensure policies are legally based and comprehensive? Ignoring the problem is not the answer, that will simply compound the problem (and awards). We will work with you to develop realistic training, effective policies and procedures that meet current standards and that work with your staff and facility. Give us a call and let us help reduce your liability.